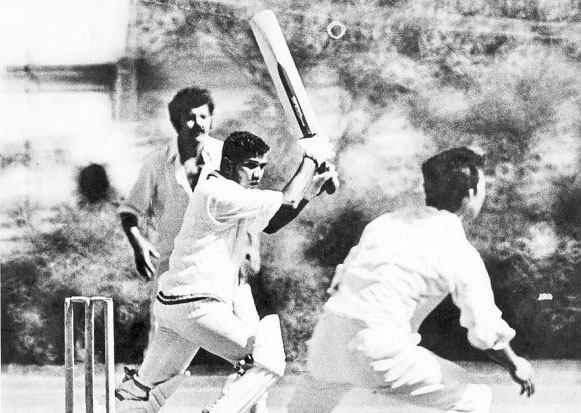 Hector in action for Malaysia in the match against Hong Kong

Sporting idols such as Sir Garfield Sobers command a curious following, not only through their numerous exploits but also by way of diplomacy, time and time again in cricket.

Some can only admire from afar one of cricket’s finest all-rounders but Malaysia’s own cricket hero, Hector Durairatnam, was one of the fortunate few to have played against Sobers, coming away nourished by the experience.

“It was a great joy to have played against him even though he was past his prime,” recalled Hector.

“He is the greatest all-rounder to date. He is very humble despite all of his achievements.

“He held the world record for batting, was a great bowler and top-notch fielder. In bowling he had two facets to his armoury. He will open as a quick bowler and later come on to bowl two varieties of spin. It was enormous. I don’t think we will ever see the likes of him again,” he added.

“Locally, my hero would be without doubt Mike Shepherdson. Mike could have played for any country, including a Test country,” praised Hector. 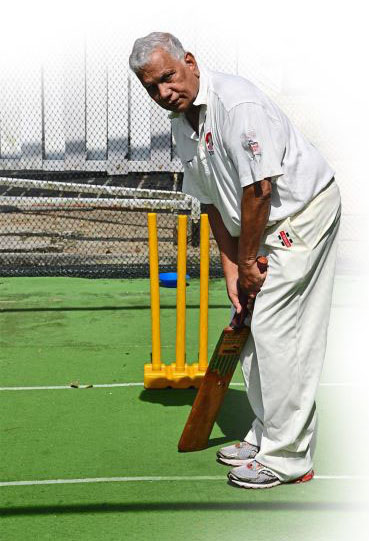 Hector hit his first century at the age of 16.

Hector belongs to a generation that produced leading Malaysian cricketers such as Mike Shepherdson, Christie Shepherdson, Gurucharan Singh, Alex Delilkan, to name a few, moving on to a long and chequered tenure in the national team from 1964 to 1986 when he captained the side from 1974 to 1979.

Hector, who just celebrated his 75th birthday last November, may have retired from the Malaysian team in 1986 but he has never left cricket.

But his current station in life still revolves around the sport he loves so dearly. For many years, backed by his engineering background, Hector had been a project manager and consultant for cricket grounds, including overseeing eight grounds for the 1998 Commonwealth Games.

He had a humble beginning, growing up as a sports-loving youngster in Sentul, then considered the hotbed for emerging talent in cricket, hockey and tennis.

Like many youths, he was encouraged by his father, R.E. Durairatnam, a stalwart in Selangor tennis then. He also picked up hockey and tennis, eventually representing Selangor and Kedah in the former and being a nationally ranked tennis doubles player.

His talent in cricket blossomed when he joined the Victoria Institution (VI) and was drafted into the team at age 14.

Hector (fourth from right) seen with Malaysian team captain Prof Dr Alex Delilkan (sixth from left) who is flanked on
his left by Sheperdson and on his right by Dr Jagdev Singh during this 1970 Saudara Cup match with Singapore.

Sometimes it takes an incident to shape one’s future. It came in an inter-school match when VI faced off with rivals Methodist Boys School (MBS) and Hector, then, 16, scored his first century.

“This whetted my appetite for more and I soon found myself in the Selangor team albeit as a 12th man,” he said.

His big break would come soon after he was posted to Kedah where he was promptly appointed captain of the state team in 1962.

After playing a number of matches, he somehow caught the eye of national selectors and was drafted into the Malaysian team facing a Commonwealth XI side that comprised high-profile players such as Gary Sobers, Seymour Nurse and other past English cricketers.

For Hector, then 24, it was a fascinating experience with a tinge of nerves. Not only was he in awe of the star-studded opposing side but also his illustrious teammates.

“As time went on, I began to feel like I belonged. People like Prof Dr Alex Delilkan, who was my captain for many matches, Mike Shepherdson, Gurucharan Singh and M.C. Kailaspathy, encouraged me and never let my passion for the game ebb,” he related.

The unique traits of cricket have not escaped his attention.

“What inspires me about cricket is that it is a game that inculcates team spirit, patience, and the will to battle against all odds.

“It inspires me that when you are batting, it is you against 11 players who are doing their utmost to get you out.

“The element of danger when a fast bowler hurls the ball at close to 140 km per hour is a challenge not encountered in other sports.”

Just like a hole-in-one in golf or a hat-trick in football, Hector is not bereft of his own major moments in cricket.

“My most memorable event was when I scored 48 against the Joe Lister XI comprising players such as Derek Underwood, Tony Grieg, Mickey Stewart, and others who played for England or the West Indies.

“My 48 runs was the highest for the Malaysian team out of a total of 112. I was too young to drink then (or so they thought) so I was awarded cash to the amount of RM200 in pounds sterling,” he remarked.

As a national cricketer, the various tours have taken him far and wide, notably to some Test cricket countries such as England, Australia, India, Sri Lanka, Pakistan and regionally to Hong Kong and Singapore.

“My most memorable tour was to England (his first) in 1971. It was a combined Malaysian and Singapore side known as the Ligers (Lion and Tiger).

“It was memorable in many ways – one, of course, was that I batted particularly well with scores of 88, 80 and 49 against good opposition, ending as second highest scorer after Mike (Shepherdson),” he said.

Eventually, Hector would become one of the well-regarded members of the national team with a penchant for scoring runs.

“I have scored 13 centuries in all forms of cricket with a highest score of 125 not out against Northern Sri Lanka. I have taken five wickets or more, four times. Three times against Singapore and once against HK.

“However, the thing that I hold most dear is scoring hundreds in Sri Lanka, Singapore, Hong Kong and England and fifties on Australian and Indian soil while on tours.”

After spending 10 years playing for Malaysia, the captain’s baton was passed to Hector and it was no mean task.

The men who held the fort for so long such as Mike Shepherdson, his brother Christie, Gurucharan Singh and Alex Delilkan had retired.

“In 1974 when I took over the reins, we had a very young side. All the greats such as Mike, Alex, Guru and Christie, had retired; so it was a daunting task.

“But the youngsters responded well and it was a great feeling leading the team and mentoring youngsters like P. Banerji to take over the mantle.

“I cannot really single out any particular year as being the best but will hasten to say that overall it was highly satisfying. I stepped down from captaincy in 1980 but continued playing for the national team up until 1986.”

In the midst of his career, he visited famous cricket grounds such as Lords, the home of cricket, Melbourne Cricket Ground and played in Worcester and WACA.

His yeoman effort in cricket not only as a player, coach and official has not gone unnoticed.

He was named as one of the 15 inductees into the Olympic Council of Malaysia’s Hall of Fame in 2013, a list that included, among others, Datuk Ow Soon Kooi (hockey), N. Thanabalan (football) and Daphne Boudville (women’s hockey).

“I was deeply honoured when I was inducted into the OCM Hall of Fame for Cricket in 2013.

“I am humbled to be among the greats of Malaysian sport and to have my achievements recognised gives me a deep sense of satisfaction,” he said candidly.

Unlike some who prefer to lay back and take things easy in their golden years, Hector is still very much involved in cricket, especially where playing grounds are concerned.

“I am currently appointed by the New Zealand Sports Institute (NZSTI) as a consultant for sports fields.

“NZSTI were the consultants for the two premier cricket grounds in Malaysia, namely, the BayuEmas Oval and Kinrara Cricket Academy.

“So I am still looking forward with my passion for cricket. This is what keeps me active and alert,” confided the spritely septuagenarian.

“As I look back after 75 years, I feel very blessed indeed that God has given me good health and three sons, Dr Navin, Alvin Dinesh and Reuben Ashwin, two of whom have also played cricket for Malaysia and the other for state.

“I have also a four-year-old grandson Lucas Rahul Durairatnam whom I’m trying to teach to play cricket.”

“I feel content that my legacy will long endure,” he says earnestly.