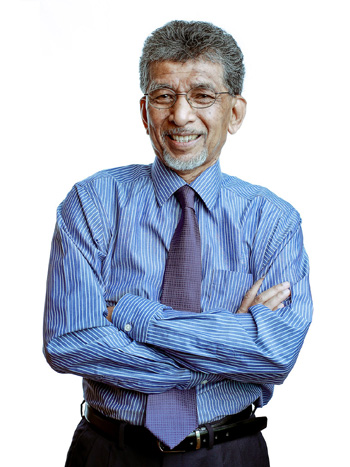 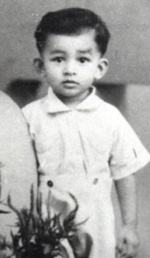 IN the half-light of the fast approaching evening, Datuk Hajeedar Abdul Majid pulls out from his work desk a scrapbook put together by his daughter. He leans forward as he comes to a class photograph taken during his days at Victoria Institution in the 1960s. You can detect the fondness in his voice as he recites the full names of his former classmates one by one.

"Some people are surprised that I still remember all these people. Of course I do; I grew up with them," says Hajeedar, referring to his classmates in the photo. It wouldn't come as a surprise to those who know him well that to him, history is the best reference to yourself.

Hajeedar was born in 1945 in the quarters for court personnel next to the old Sessions Court in Court Hills, 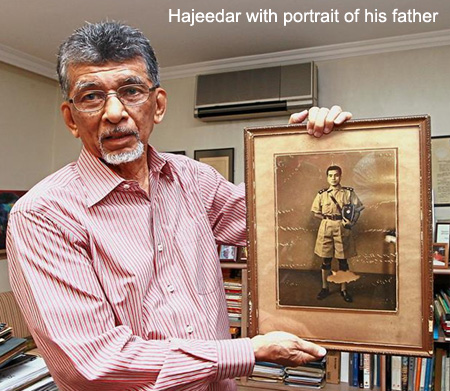 near where Menara Maybank in Kuala Lumpur now sits.

"My father was a policeman who was also the police prosecutor for the court. I remember it was a house on stilts and the foundations are still there. The spot is now used as an open car park," says Hajeedar.

His architectural journey began in the carefree days of his childhood. Growing up, his best friend was Lee Kong Kim, who lived in the squatter homes behind their school. Lee has since died.

His love for art grew from there and he soon became a child artist. His talent was nurtured by noted artist the late Patrick Ng. When he was 14, Hajeedar's 15ft by 8ft painting depicting the working youths of Asia was given a huge ovation at the first Asian Young Christian Workers seminar at Universiti Malaya.

"My teacher Ng was the one who submitted my entry. I was sneaky. I used a light blue paper instead of white so I didn't have to paint it blue, which would have taken a long time and lots of paint. In the end, I used only one colour," chuckles Hajeedar. 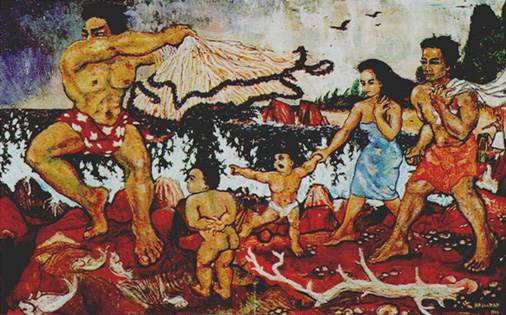 Today, his oil painting Teluk Cempedak is on loan to the National Art Gallery.

He had to defend his choice when he was belittled and berated for wanting to be an architect and train in the UK. He

stormed out of the interview room, but was later awarded a MARA scholarship to study architecture at Portsmouth in the UK, majoring in Urban Studies and Conservation Studies.

At the PAM Gold Medal award ceremony on Jan 19, Hajeedar took the opportunity to thank his two interviewers. "I would like to thank them for their most unorthodox challenge and 'threat' to me for my defiance. I am profoundly indebted to them."

Hajeedar stayed on in the UK for post-intermediate practical training with M/S Rawlinson, Miles, Raynsford Chartered Architects in Brighton. Upon his return to Malaysia in 1973, he worked for the Urban Development Authority and in 1978, he set up his own practice.

"To me, the Gold Medal is the ultimate recognition for an architect in this country. Joining the ranks of the architects I respect is humbling," says Hajeedar.

"Getting this recognition also gives me reason or justification to continue to speak my mind. People tell me I'm a good architect 'tapi mulut kau!' I'm told I'm famous for this, much to my detriment," Hajeedar says with a grin.

"I have a lot of silent supporters and they tell me they agree with my views, but I have to pay a price for speaking my mind. But it doesn't matter. I won't say I'm an extremely pious person, but I believe in the teachings of Islam and relationships with people. Ultimately, it doesn't matter how long you have, but how meaningful your life is," Hajeedar observes.

He stresses that when he is critical of something, it is not because he wants to ridicule but because he feels things can be improved.

"People like to ask me why I worry about certain things, but I do. I have to speak my mind and keep my conscience clear. Then I can move on. As I tell my students, I get upset because I care."

Hajeedar is an adjunct professor at the School of Architecture at Universiti Putra Malaysia and helped established its architecture faculty. He has also been an external examiner in other local architectural schools.

But underneath the outspoken persona is, as Hajeedar puts it, an old-fashioned individual. "There's nothing wrong in being this person. You have to respect people, your fellow travellers in life. Everyone is different, even within your own family, but you can learn to appreciate the differences and make the best of it. You must also have integrity in whatever you do."

Despite often taking a lot of flak for his opinions, Hajeedar's architectural career thrived. He designed several of the Klang Valley's landmarks, including Dataran Maybank in Bangsar, Etiqa Twins in Jalan Pinang, Surau Presint 8 Putrajaya, Abu Bakar As-Siddiq mosque in Bangsar and Kompleks Kraftangan in Jalan Conlay. He is also noted for his conservation work, which includes Carcosa Seri Negara and the Industrial Court buildings in Kuala Lumpur.

Hajeedar also ventured overseas. In 1982, he was invited by the president of the Maldives to design the country's Islamic Centre and National Mosque. 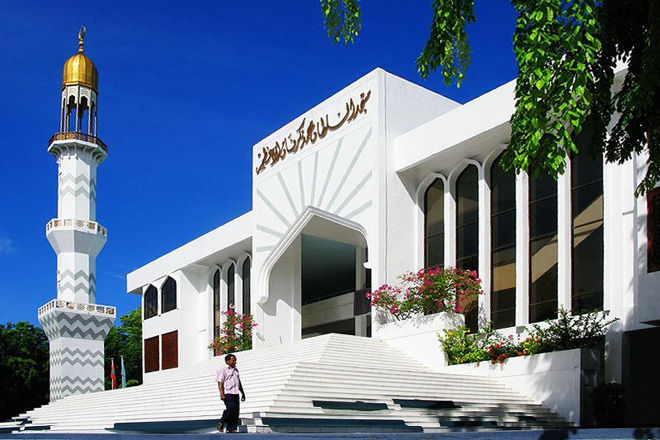 An architect's job involves more than just designing buildings, says Hajeedar. "An architect must ensure that the buildings he designs will stand the test of time and not be a burden to the owners. Another important aspect of an architect's job is budget control. In short, you have to make sure your building benefits the owners, the users and the community that has to live in it. The net effect of any architect's products is not measured by his glorification or profit but by the comfort and social acceptance."

Hajeedar upholds these principles in his work. An example is his objective approach to designing Surau Presint 8 Putrajaya. He did not only focus on creating remarkable forms and spaces, but also looked at the integration of different aspects of architecture to help users become attached to such places. This is accomplished by considering religious activities, symbolic meanings and the environmental, functional and aesthetic characteristics of form and structure.

Hajeedar is fiercely protective of and a strong believer in Malaysian architects. Hence, he is passionate about fighting the Gucci syndrome, a term coined by his friend Yeang. The trend of hiring foreign architects instead of local talent to boost image has been a long-running problem.

"It's upsetting when clients want foreign architects to work on their projects in Malaysia. With all due respect to foreign architects, they may be good in their own country but unlike local practitioners, they are not fully aware of the climate here, our culture and values. It's the mindset of 'why buy a Proton when you can buy a Jaguar'. Our architects are more than capable, so you are paying so much more for the same thing."

This is also a legal issue because under Architects Act 1967, foreign architects are not allowed to practise in Malaysia unless they collaborate with local architects. Hajeedar feels some foreign architects resort to devious means to score projects but they cannot be held accountable.

PAM and LAM have actively discouraged this practice, but the problem persists. There is also the issue of undercutting.

"Under the Act, there is mandatory scale of charges. These are the minimum fees, not the maximum, but local clients suppress the fees. There has been a lot of complaints from architects that clients bully them into taking jobs for less than the minimum fee," laments Hajeedar.

Some foreign architects have also taken advantage of the situation by collaborating with local architects who are willing to go below the minimum fee to get the job.

"Some businessmen only care about the bottom line, so they go for it. I think we have been too engrossed with image and attracting foreign direct investment. And for most countries, it's not even a reciprocating arrangement. They can come here, but we cannot practise in their countries," says Hajeedar.

The Act is in the midst of being amended as part of the government's liberalisation plan. The proposed amendments include allowing foreign architects to register in Malaysia as practitioners. However, they are required to go through the same qualifying process as local architects, including passing the Board of Architects Malaysia Part 3 examination and becoming a corporate member of PAM.

But no matter what kind of change the amended Act brings, Hajeedar is committed to fighting the good fight for local architects.

"I will keep trying. Of course, I won't be popular but that is just fine with me."

Form 4 (1962): Form Mistress Miss Fay Siebel.
Hajeedar is seventh from right in the back row.