N. Thanabalan:
the low-profile legend
with a 50-year scoring record
in the Malaysia Cup 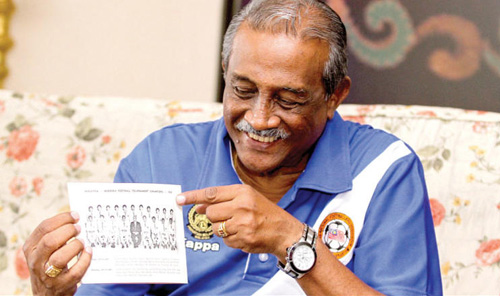 While his namesake hogged headlines in 2017, the N. Thanabalan from 1960s is not a familiar name in the country despite making over 100 international appearances and scoring four goals in the 1968 Malaysia Cup final – a record that still stands until today. FourFourTwo speaks with this legend from the past …


The name Thanabalan is a famous one in Malaysia today but that is simply because of a young man who fired in important goals in Malaysia Under-22’s run to the 2017 SEA Games final.

But over half a decade ago, there was another Thanabalan who probably should have been remembered more than he has been.

Not a household name like his playing mates Wong Choon Wah, Chow Chee Keong, Namat Abdullah and M. Chandran nor 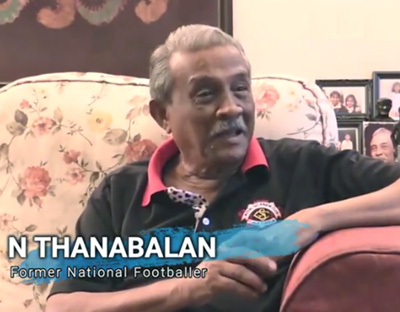 his juniors Santokh Singh, Soh Chin Aun and the late Mokhtar Dahari, but Thanabalan’s achievements actually hold their own.

“I’m a low profile man … you can ask anyone about me,” said Thanabalan, a man of few words.

Yet the former Malaysia and Selangor striker was a different person on the pitch as he bagged plenty of goals for club and country. He made a total of 107 appearances for Harimau Malaya between 1963 and 1971.

He first represented Malaysia as a 17-year-old at the 1960 Asian Youth Championship. Among his finest days in the national colours was the 1968 Merdeka Tournament, where he scored eight goals in six matches – including in Malaysia’s 3-0 win over Burma (now Myanmar) in the final that took place a day before Thanabalan’s wedding.

Such was his love of the game that Thanabalan kept his mind focused on winning the tournament for Malaysia.

“My best memory from the tournament was actually in the semi-final where I scored the winning goal in the 4-3 win over Western Australia,” Thanabalan told FourFourTwo.

“I remember that a lot because it was the winning goal and just the way it was scored. Our goalkeeper Chow Chee Keong kicked the 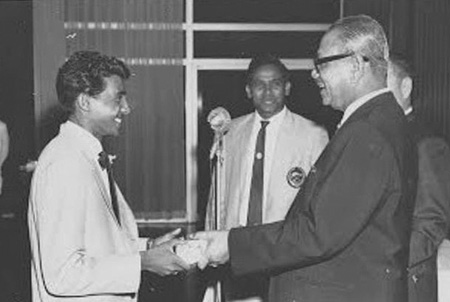 ball into the opponent’s half and it bounced over a defender before I finished it. Chow and I call it the ‘two-touch goal’ until this very day.”

There was also another big moment for Thanabalan in 1968 as he etched his name into the Malaysia Cup record books.

Then 25-years-old, Thanabalan bagged four goals in Selangor’s one-sided 8-1 win over Penang in the final at Merdeka Stadium. The tournament was the highlight of Malaysian football at the time.

“It was a wonderful feeling winning the match and scoring that many goals. Not many remember that now but I’m old already and not really bothered about it,” said Thanabalan, who won a total of four Malaysia Cup trophies.

“Many were saying that we were favourites to win the Cup but Penang would give us a tough fight. We were very 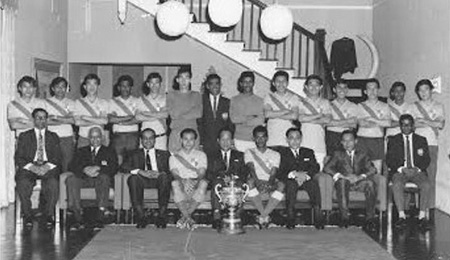 The former Victoria Institution pupil never took up coaching at the highest levels after his playing career because he felt he couldn’t ‘play the game’ at management level. He couldn’t stay away from the pitch altogether though.

Thanabalan, who continued working with Tenaga Nasional, the country’s power supply company, until retirement in 1998, got himself involved with small club sides such as Kilat Club, TPCA FC and Sentul Indian Rangers. He still turns up for the Kilat Veterans at the age of 75! 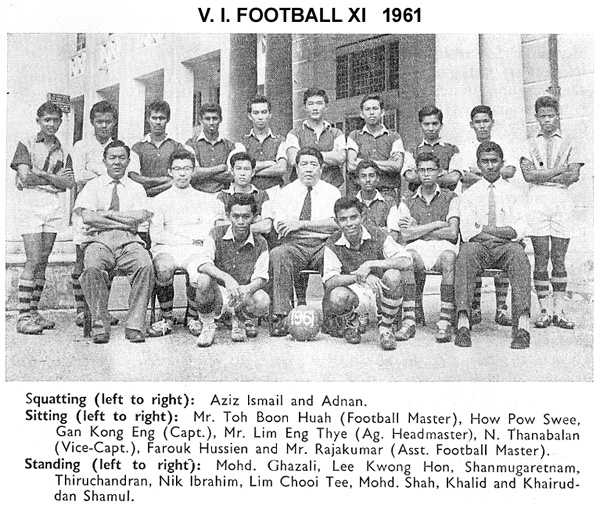