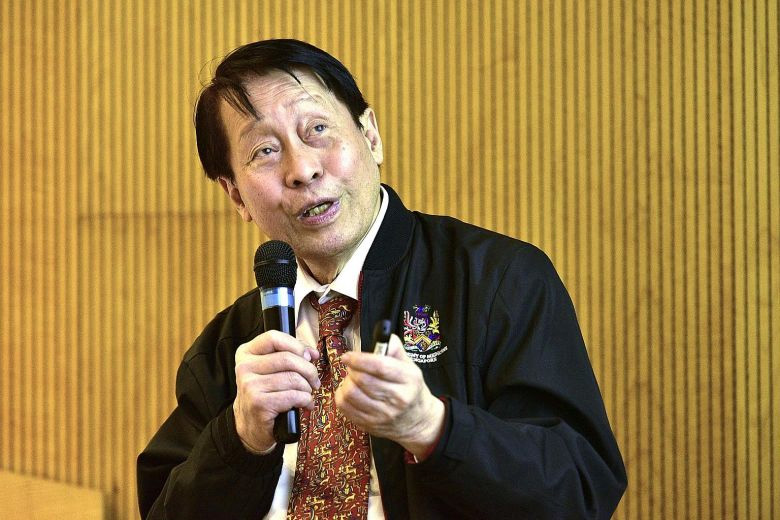 
In 1983, 20 vials of the hepatitis B vaccine arrived in Singapore and were sent to Singapore General Hospital (SGH), which housed the hepatitis B and liver cancer research team led by oncologist Gabriel Oon Chong Jin.

Dr Oon and his team members administered the largely unknown vaccination on themselves. When more vials arrived, medical and nursing staff who dealt with hepatitis B patients received shots as well.

The virus was known to cause primary liver cancer. Since the vaccines were made from the blood plasma of infected carriers, those who were vaccinated were afraid they might get cancer.

Unidentified contaminants in the vaccine such as the HIV virus and severe side effects were also big fears.

When the individuals showed no signs of ill health, the team vaccinated children and newborns because babies born of heavily infected mothers were over 200 times more at risk of developing liver cancer.

"Founding Prime Minister Lee Kuan Yew said he wanted the vaccine to be 300 per cent safe, not just 100 per cent safe. I decided that if I had to vaccinate babies, I must vaccinate my children first," said Dr Oon, who was speaking at his final academic lecture at Duke-NUS Medical School on July 4 when he recounted the research team's journey to end the hepatitis B epidemic here.

"I said to my wife: 'We must vaccinate our children.' And she said to me: 'You have to vaccinate me first. Because if they die, we will perish together'."

His sons were six and eight years old in 1983, the first children to receive the vaccine.

After Dr Oon's family was immunised, clinical trials on newborns in Kandang Kerbau Hospital (now KK Women's and Children's Hospital) started, paving the way for the National Hepatitis B Vaccination Programme in 1985 and Singapore's foray into the biotech sector.

The ancient virus is spread by contact with infected blood and bodily fluids through needles, and is transmitted from an infected mother to her newborn at birth.

Every year between 1972 and 1976, government hospitals saw about 650 patients with acute viral hepatitis, and two-thirds of them were infected with hepatitis B. Liver cancer was also the third most common cancer afflicting Singapore.

Dr Oon said surgeons had to conduct liver resections - the surgical removal of diseased portions of the liver - twice a week.

"(The hospital was) handling all these infectious materials and, sadly, we lost some medical students and nurses who got infected. It was a situation of desperation. We needed vaccine on a very large scale," he added.

In 1973, when the then 34-year old oncologist was conducting research in cancer immunology in England, he was invited by Singapore physician Seah Cheng Siang to "return to the East to help (his) people".

In the 1970s, cancer research was in its infancy but, seeing its importance, three top professors from SGH and the Singapore Cancer Registry asked Dr Oon in 1975 to conduct research on primary liver cancer.

He obtained seed funding with the help of his aunt - Dr Oon Chiew Seng, the country's first obstetrician and gynaecologist - who also set up the first home for dementia patients. She is now 104 years old.

With $10,000 from the Lee Foundation, he recruited clinicians and researchers to conduct liver cancer studies and, over the next few years, they found that hepatitis B must be curbed to prevent liver cancer. The mission to bring in a vaccine began.

In 1981, the Ministry of Trade and Industry gave the research team a $1.3 million grant.

The World Health Organisation was also excited about the project as it was the first time that a vaccine was going to be used to reduce or prevent a major cancer, said Dr Oon.

The International Agency for Research on Cancer awarded Singapore a US$22,550 grant to study the vaccine's outcome on liver cancer trends.

In 1985, MSD did away with plasma-derived vaccines - which were inefficient to manufacture and may have contained viruses - and made the vaccines from yeast instead, Dr Oon noted.

The new-generation vaccine was created by implanting the hepatitis B surface antigen gene into ordinary baker's yeast. Since 1987, the yeast-based vaccine has been used for the vaccination programme.

On Oct 1, 1985, the programme was launched with the aim of vaccinating children born to carrier mothers, and hospital staff and military recruits who were non-immune, free of charge. Two years later, all newborns received the vaccination, with the costs covered by Medisave. The programme was a success.

Dr Oon turned 80 two weeks ago, and he is still involved in cancer treatment as a consultant physician and oncologist at Mount Elizabeth Medical Centre.

It has been 34 years since the voluntary hepatitis B immunisation programme was launched.

Dr Oon mused: "My work is completed. The job I was asked to do... is done. The joy really is to see healthy children."