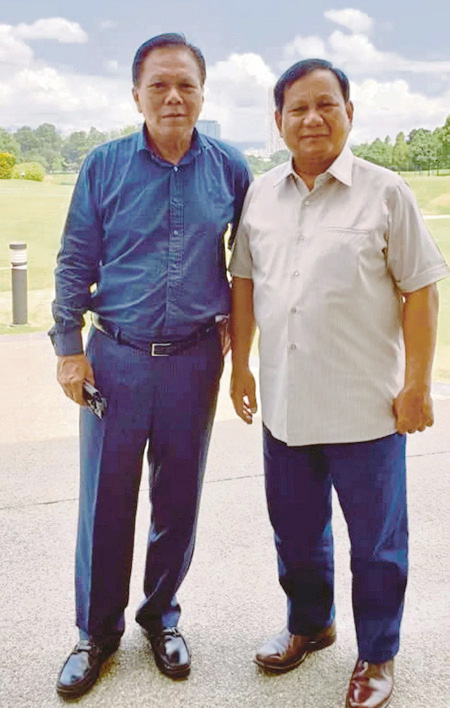 The Beatles’ movie, A Hard Day’s Night, marked the beginning of what would prove to be a lifelong friendship between two men.

Hisham said his family had helped Prabowo’s family settle down in Petaling Jaya at that time.

“Our families shared a close relationship upon being introduced.

“His family lived in Jalan Pantai near the Buddhist Chetawan Temple in Section 9, while mine was in Section 11,” said Hisham, 69, who is a year older than Prabowo.

He said Prabowo was 10 when the latter’s family moved to Malaysia. Like all boys, Prabowo was described as mischievous, but had a good heart.

“We went to the Victoria Institution and were in the same class in Form One in 1960.

“Prabowo was smart, intelligent, full of energy and, at times, mischievous like most boys were.

“I can still remember how we watched together the Beatles’ movie, A Hard Day’s Night, at the Federal Cinema.”

He said they parted ways when Prabowo’s family moved to the United States after Form Three.

He met Prabowo in 1999 when he came to Kuala Lumpur for a visit after retiring from the Indonesian army.

“That was the start of renewing our long friendship until today.

“Since then, I often visit him in Jakarta, including when he was appointed defence minister most recently.

“I was his special guest during his celebration dinner.”

On whether he met Prabowo during his two-day visit here, Hisham said it was not possible, owing to the former’s tight schedule.

However, he said, he looked forward to meeting Prabowo at the right time.