The Kid who made Good FORMER singles great Rashid could have had it easy being the youngest of the famous five Sidek brothers. But Rashid was neither pampered nor spoiled. Instead, he worked as hard as his brothers - Misbun, Jalani, Razif and Rahman - to make a name for himself in badminton.

And the Olympian is grateful to his family, including parents the late Datuk Mohd Sidek Kamar and mother Rukinah, for instilling good values in him that became the foundation of his successful career.

"I worked hard from my young days. My father coached us. Whatever my elder brothers did, I did as well," said Rashid.

The training included waking up as early as 5 a.m. for jogging daily and training at the badminton court adjacent to their house.

They were also required to run for 10 km from their house by the road from Kampung Kanchong Darat in Banting to Morib during weekends. And it would end with a nice swim at the beach with his family.

"Our father told us to keep running to strengthen our legs. I guess, he had a vision very much early that all his sons would do well, so, he supported us all the way.

"My mother would make sure we had half-boiled eggs every day in the morning and milk at night. Even on days when I fell asleep, my mum would wake me up to finish the milk.

"Some of the people in my kampung used to look at us with a critical eye. They could not understand why we spent more time on badminton than on studying.

"For hours, we would be on court and naturally, most of us did not have good grades in school," he laughed.

Misbun, Jalani and Razif left the nest early to the Victoria Institution - but that was because the school used to be the base for national training.

Two of their teachers - Shuaib Kassa was the Badminton Association of Malaysia (BAM) secretary - while the late Khoo Teng Yuen used to scout talent.

"In 1981, I remember Misbun defeated Lim Swie King in a team event. After the win, he changed his hairstyle to his famous mohawk look. Everyone was talking about it. That hairstyle was the only thing which I did not try to emulate," he quipped.

"Being one of the youngest in the national team has its advantages too. I learnt much from the more experienced players.

"My brothers and I maintained the routine that was taught at home, I still woke up at 5 a.m. to run. We always do extra from the others in the national team.

"Nowadays, our younger players give excuses to avoid doing more and there are many distractions."

Despite his determination and dedication, Rashid said he struggled during the transition from being a junior to a senior between 1986-1987.

"So, I understand when a junior tries to establish himself in the senior team, it cannot happen overnight. It takes time, so players should not give up easily. I didn't.

His perseverance paid off big time when Rashid shot to stardom.

The arrival of Fang Kaixiang from China as the national coach in 1988 expedited his rise as one of most feared singles players in the world.

At the 1988 Thomas Cup Finals, where the three singles are played first, Malaysia were trailing 0-2 against Indonesia in the semi-final tie after the defeats of Misbun and Foo Kok Keong.

Rashid, as third singles, sparked a comeback when he upstaged Ardy Wiranata and Malaysia won the next two doubles to reach the final.

A heel injury, however, saw his career on hold for six months.

"I fractured my metatarsal bones, probably due to over-training. We didn't have a huge sports science centre like we have now. National Sports Council used to have a small centre at Kampung Baru and I used to go there for treatment.

"It was tough. For two months, I was in a cast. No, I never thought of giving up, all I thought of was getting to play again," he said.

He bounced back soon after and played as first singles in the 1990 and 1992 Thomas Cup Finals. Malaysia reached the final in 1990 and won the Cup in 1992, which was the height of glory for the country.

"We never lost to Indonesia from 1988 to 1992, that's how dominant we were against our archrivals. We even defeated them at the 1989 Kuala Lumpur SEA Games," he said.

Rashid went on to represent Malaysia at the 1992 Barcelona Games but fell short when he crashed out in the quarter-finals. Four years later at the Atlanta Games, he bagged a bronze and reigned as world No. 1 in 1997.

"I could have done better in the Olympics. After the disappointment at Barcelona, I was determined to make amends in Atlanta."

With Misbun as his coach and Razif as the chief coach, he upset top seed Joko Suprianto of Indonesia in the quarter-finals but lost to Dong Jiong of China in the semis. In the third-place playoff, he defeated Indonesia world champion Hariyanto Arbi.

"It's a pity, I could have won against Dong Jiong as I had beaten him before but I am still satisfied with the medal to keep the Sidek legacy at the Olympics (Jalani-Razif won a bronze at the 1992 edition)," said Rashid, who quit his playing career in 2000.

Due to his love for the sport, Rashid returned to BAM as a national coach in 2003 and stayed on until 2015.

Rashid said Malaysian badminton could soar if every party worked together despite their differences.

"It should be like a family. There will be challenges, issues and problems, but they should be handled well. Coaches need to show compassion to players. Players, in turn, should respect their coaches," said Rashid.

"Sometimes, coaches talk too much. Then, there are players with attitude problems. Managing them in a fair manner is the key.

"I've been a player, I've been a coach. Players do not want to lose and coaches want to give their best. All they need is the support and the right environment to work in."

Even at 51, Rashid has not forgotten any of the lessons he learnt as an athlete. He still trains every day, and is very particular about his food intake, making sure it is nutritious.

It's a lesson for all. 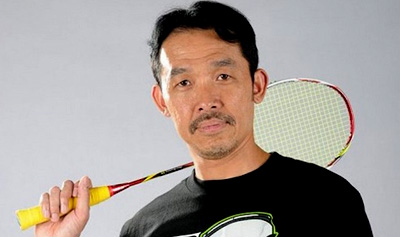