Arts lover and lawyer Toh Weng Cheong is a pioneer in the field of opera in Singapore. As Chairman of the Singapore Lyric Opera since 2005, a company which he co-founded in the 1990 with Leow Siak Fah, Choo Hwee Lim and Lim Yau, he has been responsible for bringing the art form to the wider audience in Singapore, and building a bona fide scene for the genre over the past 30 years. Major productions Toh has helped produce to date include Puccini's Turandot (2008), La Boheme (2011) and Manon Lescaut (2012), and Strauss' Der Rosenkavalier (2009) and Salome (2011).

Born in Selangor, Malaysia, in 1940, Toh's first experience of the stage came in secondary school where he performed minor parts in school Shakespeare productions. His first taste of opera began at home when a British neighbour, who was returning to the UK, passed on his opera record collection to Toh as a gift, sparking his interest in opera music.

In 1960, Toh enrolled to study law at the University of Singapore (now National University of Singapore). During his freshman year, he shared a room with an aspiring tenor, who had landed the lead role in the Music Society's production of Purcell's Dido and Aeneas. Toh's roommate rehearsed arias in their shared room, giving Toh an up-close experience of operatic singing. Intrigued, the budding lawyer volunteered as a crew member for Dido and Aeneas. This fired his passion for opera, and he went on to volunteer for more productions, gradually learning how to produce an opera.

In the late '60s, Toh went to Kuala Lumpur, Malaysia, to watch a production of The Student Prince, which starred Leow Siak Fah. The pair met, becoming comrades in their love and passion for opera. They would go on to produce - and in Leow's case, perform in - many operas in the region.

In 1985, the duo, together with Choo Hwee Lim and Lim Yau, staged their first opera production Die Fliedermaus, and went on to produce a production every year for the next five years. In 1990, they established the Singapore Lyric Theatre (now known as the Singapore Lyric Opera), Singapore's first performing arts organisation dedicated to Western opera, and put up their first official production, Die Zauberflöte (The Magic Flute), in 1991. Toh managed fundraising events and helped out in administrative and front-of-house duties, and also chipped in backstage as part of the crew.

Since then, Toh and the Singapore Lyric Opera (SLO) have become known for their philosophy of supporting and nurturing Singaporean talent as well as their high performance standards. Believing in creating opportunities for Singaporean singers to perform on stage, Toh and his directors have contributed immensely to the growth of the opera scene and talent in Singapore, such that SLO now boasts its own chorus and orchestra that are indispensable in its productions. Supplementary to these but equally as important, SLO also nurtures the younger generations of opera enthusiasts through its youth and children's choirs.

Toh and his directors and supporters see their work with the SLO as a labour of love, aiming only to put up quality opera productions as they see a need for a cosmopolitan city such as Singapore to have a respectable opera company. With the efforts of SLO, the opera-going audience in Singapore has grown in size and also across ages, and are also more knowledgeable and savvy.

In 2005, Toh became chairman of the Singapore Lyric Opera. The same year, SLO had its first sold-out show - Puccini's Madama Butterfly - at the Esplanade Theatre. As testament to SLO's efforts and to the progress Western opera has made in Singapore, Madama Butterfly sold out its entire run.

Besides devoting his time to opera, Toh is actively involved in Singapore's legal scene and the world of volunteerism, and has received awards for his contributions for his public service. Toh is currently also a practising lawyer at Low Yeap Toh & Goon, a Justice of Peace, and chairman of the Criminal Law Review Board as well as that of the Citizenship Committee of Inquiry. In 2010, he was conferred the 25-year Long Service Award by the Ministry of Home Affairs for his service to the Citizenship Committee of Inquiry. 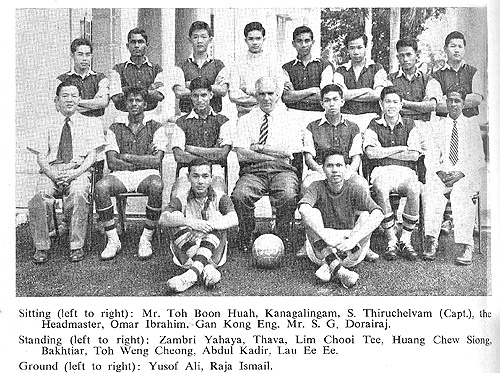