From rats to roses:
A scientific success story 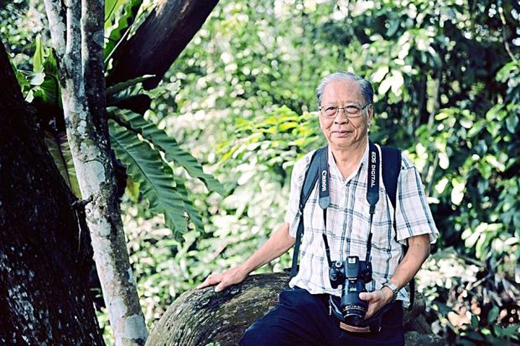 Scientific success story: Prof Emeritus Yong Hoi Sen, a former associate professor at Universiti Malaya's Dept of Genetics and Cellular Biology and also its Chair of Zoology, has studied everything from plants to rats to microbes. - Photos by Benjamin Ong/The Star

A walk in the present with veteran scientist Yong Hoi Sen brings to light success stories of the past.

Professor Emeritus Yong Hoi Sen holds out a yellow fruit for inspection. “It’s a member of the mangosteen family,” he announces.

The 75-year-old scientist is chatty and happy to introduce visitors to Universiti Malaya’s Rimba Ilmu Botanical Garden, which he knows like the back of his hand.

The little path our group is on leads through a pleasantly landscaped garden, flanked by 60 hectares of dense secondary-growth wilderness, containing over 1,600 species of flora from Asia, Australia, America, Africa and Madagascar, and many a fond memory.

The forest is bursting with tropical curiosities – gingers, citroids, medicinal plants and ferns – patronised by an array of tiny insects.

The ones of greatest interest to Yong at present are fruit flies, which can be found in abundance on fruits just like the one he picked up off the ground.

Yong has been using this little piece of real estate, attached to the sprawling UM campus in Kuala Lumpur, to get raw materials for his research since the 1960s.

He began his career after graduating as a student there, climbing every rung there is on the academic ladder, moving from professor to senior research fellow, and now carrying the title of Professor Emeritus, a mark of distinguished service awarded to only a few on retirement.

Yong retired long ago, but continues to do research as an unsalaried associate at the university.

In a way, he is just like other seniors his age; only, instead of solving crossword puzzles, he enjoys unravelling scientific riddles through molecular biology.

A former associate professor at the university’s Department of Genetics and Cellular Biology and also its Chair of Zoology, he has studied everything from plants to rats to microbes.

We walk past a pretty white flower.

“It’s called Rose of Sharon,” Yong says, halting us in mid-stride. “They open white or pink, and change to deep red by evening.”

He used to recommend it to students if they had a date to impress. 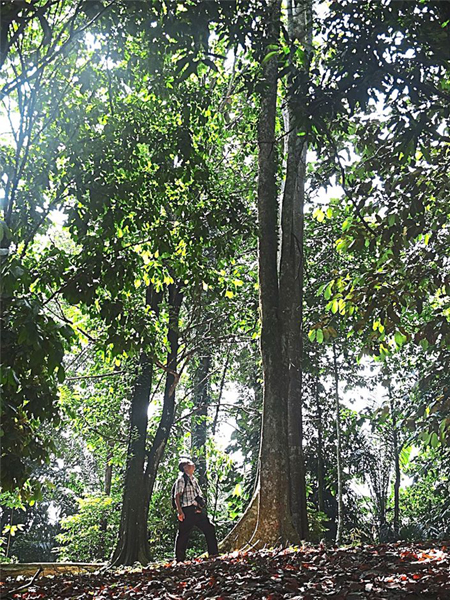 For decades the Rimba Ilmu Botanical Garden in University Malaya has been both a source of research and inspiration for Yong Hoi Sen.

What’s great about starting your career in the 1960s is you truly get to appreciate the modern conveniences of scientific advancement.

Take Yong’s current project. His latest mission is to figure out if the volatile compounds produced by microscopic flora found in the guts of fruit flies could hold potential for development as bait for pest control.

To find out what types of such flora are found in a fruit fly’s gut, he’s turned to second-generation DNA sequencing technologies.

“In the old days you had to plate and culture the bacteria (from the fly guts). I’d maybe identify 10 microbes in a day. Now I can do 100!”

Yong is an old hand at both modern and classical approaches.

Back in the 1970s, he made a name for himself in the field of cytogenetics, a branch of genetics which studies chromosomes and their role in heredity. And it all happened because his PhD – which at the time was based on classical-approach methodologies – wasn’t going anywhere.

“I was working on rats, how 20 or so species relate to each other,” he explains.

Initially, the goal was to figure out how to distinguish them based purely on descriptions of their ecology, their behaviour, as well as morphological and physiological differences like the number of red and white blood cells.

But all the rats were so similar that he wasn’t getting anywhere “so eventually I decided, let’s try a different approach.”

At the time, cytogenetics was very much in vogue and new techniques were emerging as powerful new tools in the field.

No experts on the subject existed in Malaysia, so Yong decided to teach himself from books and other materials.

His efforts paid off big time. Yong ended up discovering, for the first time in the world, the phenomenon of “X-monosomy” – the presence of just one instead of two X-chromosomes in females – in rats, a condition previously thought to be damaging.

His paper was published in the prestigious international scientific journal Nature back in 1971. 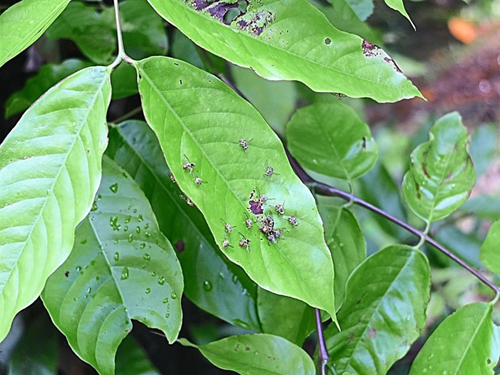 Yong’s current research interest is fruit flies, of which there are plenty at Rimba Ilmu.

Before his finding was accepted, two of the journal reviewers – both renowned cytogeneticists – had attributed the finding to artefacts (that is, not naturally present but which occurred as the result of the investigative procedure). This was proven not to be the case, and since Yong’s discovery some 10 other species with X-monosomy have been reported throughout the world.

Yong realised his knowledge and expertise could be applied to other areas, such as the detection of human conditions related to chromosome abnormality, such as Down Syndrome.

It wasn’t long before he was using his skills to help out at the University Hospital. For years he provided free cytogenetic services there and to other clinics including the Spastic Children Centre, mostly in the form of confirmation letters to aid parents in admitting special-needs children into specialist institutions.

Aside from being known as Malaysia’s pioneering cytogeneticist, Yong has a long list of other accomplishments. He was one of the young scientists who started the trend of promoting the use of Malay words for naming new species – Trypanasoma raksasa, for example (raksasa means monster), so named for being the largest trypanosome parasite discovered in the world.

He also solved the mystery of “yellow rain”, the sudden appearance of yellow-orange droplets on the surface of vegetation, cars and buildings in Malaysia and elsewhere in the world, back in 1990. In the past, people in Vietnam (for example) had attributed it to chemical warfare. It turns out that the phenomenon was caused by defecation of honey bees under environmental stress!

And in 2010, he was a joint recipient for the prestigious Merdeka Award for his scholastic contribution to the development of basic and applied knowledge of Genetics, Molecular Biology, Biological Systematics, Evolutionary Biology and Biological Diversity of Malaysian flora and fauna.

We finish our walk, and it’s time for Yong to head back to the lab, and his fruit flies.

His story is one among many coming out of an initiative to compile the scientific successes of Malaysian researchers in a book entitled Touching Lives, Impacting Society. It was launched last month to document the projects that have resulted from a 2011 injection of RM590mil to boost High Impact Research activities on the campus.

As far as scientists go, Yong is a rare generalist, someone as comfortable writing books about Malaysian flora and fauna as he is getting down to the nitty-gritty of molecular research. He advocates offering Malaysian students a more mixed bag of experiences: “People tend to be too focused; you go down the Science or the Arts stream. I don’t think people should have to choose one particular stream, but be allowed to gain a good grounding in everything.”