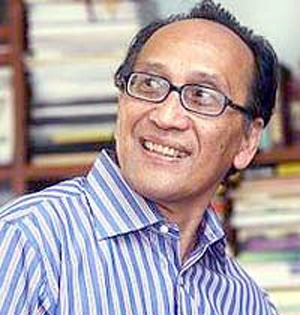 PETALING JAYA: The last article Datuk Dr Zainal Aznam Yusof wrote for The Star was entitled "Secret Lives of Statistics" which was published on April 18, 2009, as part of Star BizWeek's cover feature on numbers.

He began his article this way, "Alcoholics and economists have something in common. Both have problems of addictions. Alcoholics have a soft spot for alcohol while economists have a fetish for hard statistics."

On November 14 the same year, Zainal opened up a bit more on his life to our readers when he was featured in the 10 Questions column.

Giving readers an account of his extraordinary life beyond economics, Zainal revealed how he trekked in the Himalayas to the Annapurna base camp, attempted two Langkawi Ironman events, completed Olympic length triathlons and duathlons and even had time to go sailing.

To the public at large, they are probably more familiar with seeing Zainal expound on the economic issues of the day through his columns and watching him anchor many of the Budget discussions on TV.

But Zainal certainly had a life beyond economics. He was a film critic for The Edge, a voracious reader, played the drums and even had a YouTube channel Yowassupproduction on satirical and comedy skits which involved the whole family.

And he loved to cycle. He was a familiar sight riding along the roads of Taman Tun Dr Ismail where he lived.

Through all the years I have known Zainal, the one thing that truly stands out is how he made numbers come to life that can be easily understood by the common man.

As a member of the National Economic Advisory Council, this gift was much needed since he was not just talking to fellow economists but people of different disciplines, including politicians, who can sometimes be befuddled by statistics.

Zainal made immense contribution to our understanding of the economic issues in the country. And his views were also much sought after abroad.

With a doctorate in economics from the University of Oxford, he served in various capacities at Harvard University, Keio University and at the Korea Institute for International Economic Policy. He was also a consultant at the World Bank in charge of political economy of poverty, equity and growth. Because of his wide experience and his ability to convey information to the common man, Zainal was a favourite panelist for the many economic roundtables hosted by various publications.

When he was Deputy Director of the Malaysian Institute for Economic Research, he started the brown bag lunch talks where serious issues were discussed over lunchtime.

But he faded from public view after he ventured into the private sector and worked for a spell as the South East Asia Regional Economist at Kleinwort Benson Research (Malaysia).

He returned to public policy work after that when he joined ISIS as Deputy Director-General and became a regular voice in all the various media.

He was so familiar with the document, from his years at Bank Negara, that he could even tell us which page to go to.

I have always enjoyed the non-formal conversations with Zainal. We often bumped into each other at the Bank Negara canteen during the time I was working ISIS Malaysia, which was nearby.

I found it heartwarming that a man in his position was so at ease among the ordinary people who ate at that canteen.

Although he was always seen as an economist on the establishment side, because of his positions in the various government institutions, Zainal was frank and forthright with his assessment of many current issues.

As he wrote in "Secret Lives of Statistics" on what had been the most seminal and outstanding statistics that have appeared so far:

"Over the past 38 years, I think that the statistics on the incidence of absolute poverty, the inter-ethnic income disparity, overall income inequality and the ownership of share capital of bumiputras have been the most outstanding statistics because of their wide repercussions. And controversial too."

It sounds prophetic now because it was only quite recently that he came under fire from certain groups after he pointed out the problems faced by the NEAC in formulating the New Economic Model.

His frank views put him in the middle of a controversy.

I was running through some e-mail exchange we had when I was trying to get him to be a regular columnist for The Star.

In response to a question from a reader about his alter-ego, Zainal said it would be a hard choice between Woody Allen and Juliette Binoche.

He loved Woody Allen for his humourous films and writings, making neurosis a necessity and passe, and for defining modern man as those born after Nietzsche's edict that "God Is Dead" but before the recording of the Beatles "I Wanna Hold Your Hand".

I offered him the loan of my full collection of Woody Allen DVDs which a friend from the United States had given to me.

He wrote back, "You have a fantastic Woody Allen collection. A treasure. I will be in touch soon."

Certainly the world of statistics will feel the loss of this one illustrious person of numbers. And Malaysia, one of its most outstanding economists. 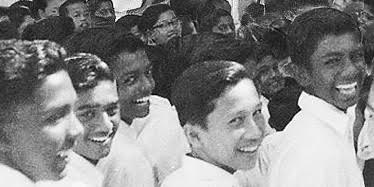 VI Prefects Board: Zainal is seated at extreme right. (1963)